Guy comes up to the bar, to settle his tab. I say, what’s the first name on the tab? He says, Matt. I say, Matthew? He says, no. Just Matt.

I get his card. You know, it’s very rare that I’ve ever seen the name MATT on a card. Usually Matthew. Does anyone ever name their son Matt? I don’t think so, it’s never happened, I’m going to stake my marbles on it. It’s one of those names that always BECOMES Matt. It never just starts out as Matt.

Sure enough, the card says Matt. I go to him, say, I know it says Matt on the card, but what’s your Birth Certificate say? He says, yeah. I think it says Matthew.

He says, when I was filling out my credit card, I guess I just put Matt. 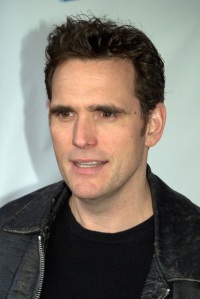