It’s Saturday night, late show, pretty busy. I’m chatting with a couple musicians. I say, have you guys played yet? I can’t keep track. He says, no. We’re on last. I say, great. What’s your band name? He says, Twinsmith. I say, you any good?

He says, in all honesty, we’re terrible.

I say, good. I look forward to hearing that!

(They actually turned out really good).

In other news, I’m taking a few days off! I need it. It’s like, I work my ass off bartending five nights a week, then I go home, write stories about bartending, go to sleep, dream about bartending.

No shit. I had a weird dream about being behind the bar last week. I look up at all the bottles, and the liquor has turned into milk.

I’m sure there’s meaning in there, but who cares.

See you back on Thursday.

One of the most difficult parts of my job is having to kick people out. Who would like that? I appreciate everyone coming in, enjoying the night, having some drinks, letting loose. But sometimes, unfortunately, it’s the only solution to the problem. Asking someone to leave. And no matter how well you can do it, it never ends up going smoothly. They always feel like you hate them, which is not true. Sometimes, it’s just time to call it a night, and go home.

I’ve had two experiences in the last week where I had to kick someone out:

Guy comes into the bar, long hair, baseball hat. He seems semi-normal at first, so I serve him. But as the evening progresses, I see him becoming more difficult. I watch him annoy two female customers at the bar, saying to one, I want to make out with you right now. For some reason, I don’t foresee this happening. He actually tries to embrace her, and it’s extremely awkward. She doesn’t look like she’s enjoying it. I’m watching him, all of a sudden, he falls back, slamming the floor. You know those times, where you have a friend behind you, you fall backwards, TRUSTING the friend is going to catch you? Well, it was the same thing, only, he had no friend to catch him. I go around the bar to him, he’s on the floor. Hey, buddy. It’s time for you to leave. He says, WHY??? What did I do?

I’m having a conversation with this guy, while he’s sprawled out on the floor.

Luckily, a friend of his was in the bar, helped me get the guy out of the bar with minimal drama.

Another guy comes in, he’s double-fisting two drinks. I can see that it’s going to be inevitable, but I give him the benefit of the doubt. Half-hour later, customer comes up, tells me, there’s a guy over there, pissed himself.

You know, if you’re ever in the bar, and I tell you it’s time to go, try not to take it too personally. I don’t hate you. Everybody has one of those nights. And I’m partially at fault for getting you drunk. The cooler you are about it, the more I’ll chalk it up to you having a bad night, and I’ll be happy to serve you

I know she’s seeing this guy named Tom. It seems somewhat casual, nothing serious. At one time, she dated/spent intimate time with an old friend of mine. He’s a musician, has played the bar numerous times. His name is Butch.

Coincidentally, he walks in, sits down next to Tracy. Cool, cool. They’re on good terms. Always love to see that.

It’s a slow night, college kids back in school after Spring Break, so I have time to chat with Tracy and Butch. We don’t talk about anything in particular, we go from subject to subject. I like these two. Good people.

By the end of the night, both of them get their coats, prepare to leave. Innnnnnteresting. Leaving together at 1:30am. Anything can happen at that time of night.

We say our good-byes, I start cleaning up the bar.

The next day, I get a message from Tracy. “Did you find my hat last night?”  I message back, no I didn’t. Maybe you left it over at Butch’s place? She messages back minutes later, “I see what you did there.”

Last night, Tracy comes into the bar, with Tom. Remember him? He’s the guy Tracy, I believe, is actually seeing. They sit down, I say to her, oh…did you find your hat?

She stutters, uh…um…yeah, um…I don’t want to talk about it. I found it.

Later on end of night, Tracy runs her tab. Before I set it down, I say, in all sincerity,

I’m glad you found your hat.

She gives me a withering stare, saying, with her eyes,

Shut the fuck up, Clint.

I’m doing dishes, dishes, dishes, it’s 1am, been a busy night. Behind me, I hear a guy exclaim, I need some drinks! I look over, in two seconds I asses the situation. He’s drunk, looks young. I go to him, he says, I need another Gimlet, and a Captain and Coke. I say, great!  Could I see your ID please? He’s got his wallet in his hands, he says, oh. Ok. He opens his wallet, looks in it, says, uh…you know, I don’t have it with me.

Here’s the problemo. He’s got the kind of wallet that has a window for his ID on the front of it. Another problemo. There’s a driver’s license in the window.

I say, ok. I grab the wallet from his hands, go over to the light above the taps, look at the ID. It says, 12/27/1994. Underage. I turn back to him, hand him back his wallet, then say, walk out that door, please. He looks down at his wallet, he knows he’s been busted. He turns away from me, stops, turns back around, then says,

Can I get my coat from my table?

I think for a sec, then say,

Yes. You can get your coat.

Busy night behind the bar. They’re coming in groups of four, of five. I’m working with a seasoned bartender, but we’re still getting worked.

It slows down by 11pm, a cute girl at the bar, brunette, petite, calls me over. She says, I’ve got a weird question for you. I say, it better be really weird, if you’re going to preface it as being weird. She turns to her guy friend, says, is it weird?  Guy, clean-cut, conservative in dress, says, it’s not really THAT weird. I say, whatever. What’s the question? She says, he’s my friend, we’re just hanging out. He likes this girl here tonight, but he’s too pussy to go talk to her. So, as his wingman, what should I do, besides tell him to go over and talk to her? I say, who we talking about?  She says, girl with the plaid shirt, sitting at the booth over there.

I say, you can do one of two things. Go up to the table yourself, start up a conversation with her, then say, oh, I have someone I want you to meet. OR you need to convince him not to be a pussy, man up, and go talk to her. I prefer the second option.

She takes a pause, says ok, turns to her guy friend, they start talking.

You know, it’s really nice that this girl cares that much about her friend, to help him get laid.

I go back to bartending, I don’t see what they decide to do.

About 20 minutes later, I look over to the booth, see the attractive girl with the plaid shirt, and her girlfriend. I look around the bar, the guy cannot be seen. I tell my fellow bartender I’m going to take five. He says, ok.

I go up to the girls at the table, say, mind if I sit down for a bit?  They say, sure!  The friend obligingly slides over to the wall, I plop down.

I explain to the girls what happened. Girl asked me “weird” question, guy’s a pussy, afraid to come up to you. Plaid shirt girl says, where is he?  I look around, say, I don’t see him. He probably left. She says, was he cute? I say, yeah. He was ok. Clean-cut.

So, I say, what should he have done? Have his friend come up to you first, or should he have walked up to you, struck up a conversation?  She says, no. He should’ve come up to me, had the confidence himself. I say, that’s what I thought.

Then I say, what do you think about the whole, let me buy you a drink? She says, no. Not at first. Talk to me for five minutes, let’s laugh about something, then you can buy me a drink.

I get up from the table, say thanks, ladies. I appreciate the conversation.

You know what I did when I met my future wife?  I see her at the bar. She’s my type. She walks up to the bar alone, I go up to her, say, hey. I strike up a conversation. I make her laugh. Then I say, let me buy you a drink. I get her a gin and tonic, and I get myself one. Coincidentally, that’s my drink. Then I say, have you seen the upstairs?  She says, no. I haven’t. (She lied). I say, let’s go up there. I take her up there, we talk a bit more, then I kiss her. We go back downstairs, I get her number, we set up a date, and the rest, as they say…

C’mon, guys. It’s easy. Take it from the girl with the plaid shirt. Go up to her, talk to her, share a laugh, buy her a drink, then…

Well, just don’t say I’ve got a weird question for you, unless it’s actually weird. 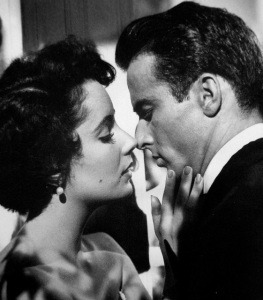 Band’s on stage, really good. On the southern rock tip. I think that may be coming back. Everything does.

In between songs, the singer says, have you ever heard of a city called Oakwood? We were about 20 minutes from there, our van breaks down. It won’t go forward, but we figure out, it will go in reverse. So we drove in reverse for 15 miles to get to Oakwood.

With a trailer on the back.

Someone in my life recently told me that I need to be nicer on the job. He’s probably right. You read any of my stories, you’ll note that I’m not always nice. And what’s up with that? Why shouldn’t I be nice ALL THE TIME? What excuse do I have?

Off topic, in the women’s room, someone wrote on the wall by the sinks, EVERY ONE HAS AN ASSHOLE. Yes, everyone two words. I guess you can take that a couple ways. Ok, everyone has one, there’s that. And maybe, everyone has an asshole in their life.

Maybe I can be that for you?

Let’s say you’ve got a customer that’s yelling at you, waving money at you, whistling at you, snapping their fingers. When that happens, I’M NOT NICE.

How about when it’s 1:55AM, and someone tries to order a drink, and won’t take no for an answer. Then I’m NOT NICE.

Let’s say you’ve got a drunk customer that starts harassing other customers, making them want to leave. Nope. NOT NICE.

You know what I did this weekend? I got out a Sharpie and a little piece of paper, wrote BE NICE on it, and taped it on the register. Every time I go to that register, to make a transaction, I’m confronted with the words BE NICE. And I think it worked. It helped me focus on that one thing. And really, if you can accomplish that one thing as a bartender, being nice,

Everything should fall into place.

Then…I will not be your asshole anymore.