I’m preparing to go on a walk. I get dressed, put on a comfortable workout outfit. Sweat jacket, sweat pants, running shoes. I go outside, unfortunately, it’s drizzling out. But not that much. Not enough to not take a walk. I get going, start walking down the street.

I have kind of a formula when I write. I try to write funny, concise, thought-provoking stories that people will relate to. The formula is simple. If I’m talking to someone, and they make me laugh, out loud (sorry, kids. LOL), I think that could be a universality. The reason I laugh, a lot of times, is because I can relate to what the person said to me. Something funny that I may not have articulated myself before. That’s a lot of what comedy is. Universal thought. The comedian gets up on stage, talks about what subculture they fall under, they’re overweight, they’re a lesbian, they’re black, they’re Jewish, and tell jokes people under that subculture will find relatable. And hopefully, maybe, people outside the subculture will find funny, because maybe they’ve felt the same way, or have a Mexican friend for example that they’ve identified these traits in what the comedian is telling the joke about. The key thing to this is, the comedian tells jokes that people will relate to. Oh my God, the audience member thinks. I’ve thought about which way the toilet paper goes too. I’ve thought about where I should put my nail clippings. I’ve thought about how when it rains, it’ll be good for my grass.

Writers that understand people, see universals, see trends, and realize the things that haven’t been spoken, and speak them, follow a set formula. Another formula writers/comedians follow is self-deprecating humor. But this also ties into relatable material. I sit on my couch all day, smoke weed, and eat tons of junk food. We’ve all been there on the couch with a pint of Haagen-Dazs, and a bong. If you haven’t, you haven’t lived.

Many writers will write material that is non-specific. They stray away from the now, material that is hot in the moment. I’m talking pop culture. The great writers imagine their book being read in 100 years, and not want it to be dated. Who the hell is Johnny Carson, and why should I care about him? It’s very simple. A great rule should be to not talk about famous people, or material taken from the news, unless it has to do with universals, and you can make it non-specific. Did you hear about Kim Kardashian, and the stupid things she says on her show? No. Instead, talk about how TV shows nowadays are… Maybe, perhaps, you want to be generational specific. Art is like that. Get out a book featuring artists of the 20th century. You’ll see a progression. In the 1960’s, art was like this. Warhol was at the forefront of a movement called Pop Art. These are artists who fell under that category. This is art that represent the times.

Ah, but the geniuses in art, in music, in writing, capture universal, timeless, non-specific thought. A perfect example would be Shakespeare, a man who wrote plays hundreds of years ago that can be relatable today. That is an extraordinary feat. He was able to capture universal thought, action, perception, emotion, on a GRAND SCALE almost like no one has ever achieved. The Beatles are another example of material I believe will be listened to for centuries to come. It is that timeless, no matter how out of date the production value is. The Beatles, with their words, and their music, produced material that will be relatable to everyone on the planet. All you need is love. I want to hold your hand. Songs about loneliness. Masterpieces that will hang in the great museums to come.

This is where I’m going to. What is universal thought, and why is it prevalent? What does it say about us? I don’t want to sound conspiracy-like here, but I believe we are all programmed, on a base level, to think the same way. We feel the exact same emotions as everyone else. Why are our brains programmed like that? Let’s think about the opposite for a moment. What if everyone thought differently, what would life be like? One possibility would be that the world would be in chaos. In society, their needs to be some sort of cohesion. That’s why laws exist. Everyone basically has to follow one primary law. If not, you won’t fit in society, and may be incarcerated for it. So by everyone thinking the same thing, perhaps, it creates ORDER. It creates civilization, civility. Which I believe is a good thing. And getting back, what would we laugh about, if none of us shared a similar mind-set? And humor, in the end, is what gets us through today, and to tomorrow. If none of has any humor, there would be no happiness. We would just be like drones going through our day. So the programming we experience, may not be such a negative thing.

To end on a personal note, when I’m watching a movie let’s say, I’ll give the example of Toy Story 3, and I find myself at the end of the movie, crying my eyes out, I get embarrassed, and a bit angry, that someone created something that was able to manipulate my emotions so much, that I would act like a child. The ending was all about the end of innocence, going off into the real world, and putting away your toys. Growing up. EVERYONE goes through that, that is one of the biggest universal experiences, even though I fight against it every day. I mean, look at me. I’m 43 years old, and I’m still working a 20-something job.

I get really angry when I hear the phrase, everything has been done before. It really bends me out of shape. No, we haven’t even scratched the surface about what original things mankind can accomplish. This is what I want to do in life. Produce something that is TRULY ORIGINAL. Maybe realize the universal thought, and keep on going beyond and beyond and beyond that. To go to a place in the mind that no man or woman has ever gone before, and then put it into some kind of work. Something tangible. Or maybe not. Maybe that’s where I need to go. To create something that’s actually intangible. I don’t know what that might be.

You’ve heard of the phrase, thinking outside the box, and that’s a good start. But what is the box? What is actually the box, and what are we doing with it? It’s about realization. It’s about seeing what REALLY IS,and what we’re doing with our life.

And on that note, I think I’ll go outside again,

And watch my grass grow. 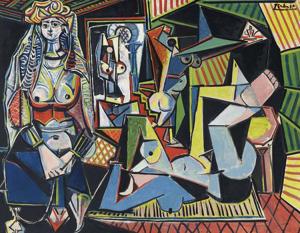 1 thought on “We All Think The Same”